When Suzi, our Office Manager, suggested we provide a weekly fruit bowl for our Head Office team little did we know it would benefit so many people outside of our office....

"When I first suggested the fruit bowl gesture internally it quickly snowballed to an idea that everyone seemed to embrace. It was suggested that we use an honesty box and people give as little or as much as they want for the fruit they take and that this would then be given to a selected charity"


We decided that we would raise money for a number of smaller charities throughout the year and would look to identify important causes in the local communities of the towns and cities where we supply our services.

By chance we had received an email on the same week from Kerry Lenton of the Woodlands Academy so we were quick to engage with her and see what we could do to help. Kerry gave us a real insight into her role and organisation alongside some ideas of what we could do to help, from the options given we decided to raise enough money to help fund a supervised swimming lesson for some of the children at the academy. 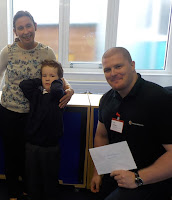 Pictured is Area Manager Jack Coyne visiting the academy and making our donation.

"In honesty I had never heard of the Woodlands Academy, but what a fantastic school it is. Having spent time there I am really pleased that we have been able to help and look forward to this being the first of many donations we can give to people across the country"

"Jack seemed genuinely interested in our teaching methods and approach to motivate and engage with all learners. We really appreciate your donation and the time Jack spent with us. On behalf of all of the staff and pupils at Woodlands Academy I would like to thank Professional Security for your support. Without donations like this we can not offer our pupils the practical approach to the curriculum which is crucial to their learning and development" 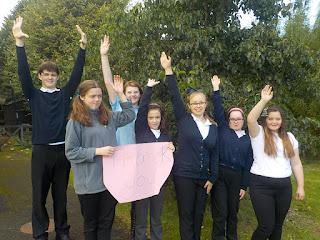 Posted by Professional Security at 03:35